These two facts beg the following question: Is there somehow a correlation between the number of times a professional football team has gone to the Super Bowl and the real estate prices found in their home city? Keep reading to find out! Here are more facts that indicate a correlation between Super Bowl appearances and real estate prices:

See for yourself how the Super Bowl appearances of NFL teams stack up against the real estate prices in their respective cities:

If there really is a correlation between real estate prices and Super Bowl appearances, there is no better proof of it than the matchups in the conference championship games coming up this weekend. Interestingly, all four of the teams playing in the semi-finals of the 2013-2014 NFL season come from cities with comparatively high real estate prices. Three of these teams, the 49ers, the Patroits, and the Broncos, can be found in the above infographic. Housing prices in their home cities range from $244,600 (Denver) to the exorbitantly high $751,600 (San Francisco). The only team not found in the above infographic, the Seahawks, also come from a city with famously high real estate prices.

Regardless of who wins in the upcoming conference championship games, two teams from cities with comparatively expensive housing are guaranteed to play in the Super Bowl!

Is There Actually a Correlation Between the Super Bowl and Real Estate? As most knowledgeable football fans probably noticed, three of the NFL’s most successful teams – the Green Bay Packers, the Pittsburgh Steelers and the Dallas Cowboys – are notably absent from the above graphic. They were omitted because of their home cities’ relatively low real estate prices. The highest median home price between these three cities, $135,600 in Dallas, is still around $80,000 below the national median home price!

Football fans in Seattle and New York, cities with astronomical real estate prices, should also be quick to point out that the correlation doesn’t exist. If high real estate prices really did guarantee Super Bowl appearances, teams like the Seahawks and the Jets would have excellent chances of going to The Big Game each season!

Oh well, the Market Leader blog staff had fun thinking that we were on to something there. We hope you enjoyed reading this graphic and post as much as we enjoyed putting it together! 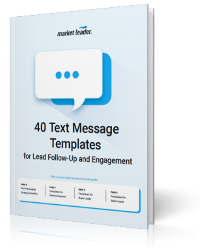